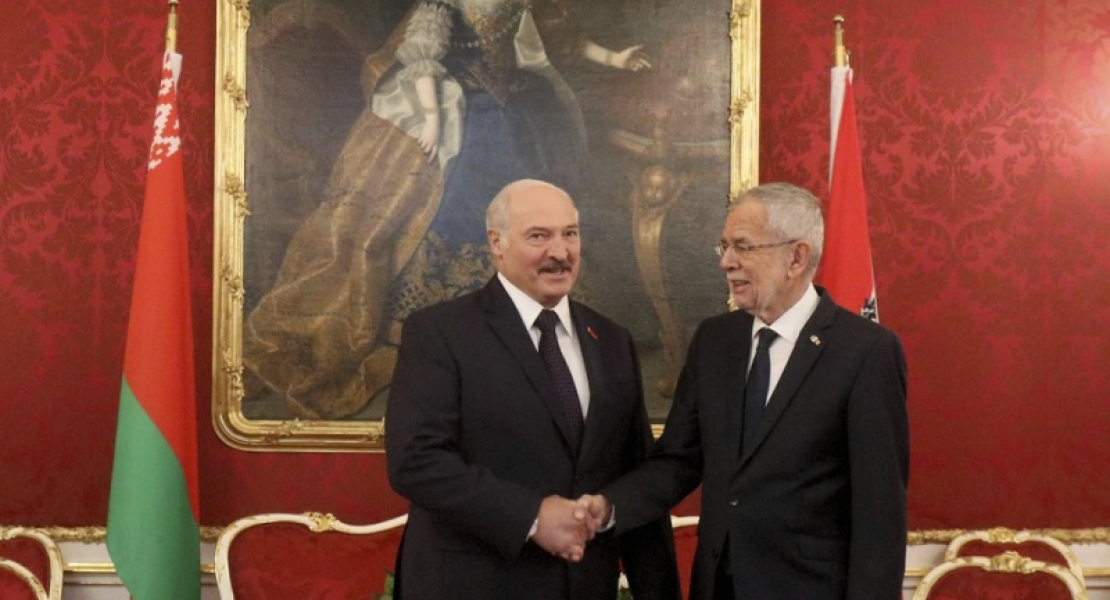 Katsiaryna Shmatina, a leading analyst at the Belarusian Institute for Strategic Studies (BISS), in an interview shares her views on official Minsk’s relations with Europe and Moscow.

[Q] How do you assess Lukashenko’s latest visit to Austria? What are the results of the negotiations in Vienna?

[Katsiaryna Shmatsina] The visit to Austria is notable mainly for the fact that this is the first trip of the Belarus president to the European Union in several years. Earlier, Alexander Lukashenko refused to attend Eastern Partnership summits, to participate in the Munich Security Conference, and did not accept the invitation of Poland to events in memory of the WWII. Choosing Austria as an official visit is a “safe” option: Austria actively advocated lifting the EU’s sanctions against Belarus in 2015-2016 without criticizing the issue of human rights violations; in addition, Sebastian Kurtz is one of the few European politicians, who personally visited Minsk and twice met Alexander Lukashenko.

Pragmatism lies in the heart of the Belarus-Austrian friendship: Austria is one of the largest investors in Belarus; there are joint ventures; Austria plays an important role in modernizing a number of sectors of the Belarus economy. And maintaining good bilateral ties ensures the reliability of such cooperation. The Belarus president’s trip to Austria received wide coverage in state media, in particular, according to Elena Kupchina, head of the Belarus diplomatic mission in Vienna, the meeting was called “historical”.

In reality, this visit did not bring much breakthrough, and hardly set itself such goals. Alexander Lukashenko met with his Austrian counterpart, Alexander Van der Bellen, visited the economic forum, where he addressed the Austrian business community, emphasizing the opportunities for doing business in Belarus. As a result, memorandums of potential cooperation were signed, but not any specific projects.

One of the issues raised during the visit is the prospects for the development of the Eastern Partnership. Probably, Belarus hopes that Austria will help promote the idea of developing economic relations between Belarus and the EU in the European institutions, in the pragmatic format, Minsk insists on - that is, without political reforms and turning a blind eye to Belarus’s non-compliance with democratic standards. How effective such “lobbyism” will be, time will tell - in 2020, the European Commission will present new priorities for the Eastern Partnership program. However, Austria’s voice is unlikely to be decisive in determining the EU’s common strategy towards Belarus.
It is noteworthy that while Austria officially refrained from discussing human rights violations in Belarus, during the press conference, Austrian journalists nevertheless touched on this “uncomfortable” topic; and Alexander Lukashenko had to answer questions about democracy, human rights, and the death penalty in Belarus.

[Q] Before leaving the post of the president of the European Council, Donald Tusk called Russia a “strategic problem” for the whole of Europe. Can intensification of negotiations with Minsk be regarded as an attempt by the EU to “break off” Belarus from Russia?

[Katsiaryna Shmatsina] There is no intensification of negotiations with Minsk as such. On the contrary, relations between Belarus and the European Union have reached a certain ceiling: negotiations on Partnership Priorities were blocked by Lithuania in connection with the construction of a nuclear power plant in Ostrovets, 50 km off Vilnius. Lithuania sees this project as a threat to its security, including because the nuclear power plant is built on the basis of Russian export credit, and is considered by Lithuania as a geopolitical project of Russia on the border with the EU. In addition, Belarus is the only Eastern Partnership country that does not have a basic agreement with the EU, and bilateral relations are regulated under the 1989 treaty.

At the same time, the dialogue between Belarus and the EU has been proceeding in the direction of normalization since 2016, when stability in the region became the priority of the EU in the eastern direction after the Ukrainian crisis, and against the background of the peaceful conduct of the presidential election in Belarus in 2015; Brussels considered it possible to remove most of Belarus sanctions previously imposed in connection with violations of democratic standards, suppression of political opposition and civil society. Since 2016, Minsk and Brussels have been slowly, but consistently building a normalization of dialogue, and look for common ground. So it’s impossible to say that the EU has somehow stepped up relations with Belarus in a special way.

Another question is that in connection with the growing pressure from Russia towards Belarus - namely, in connection with the initiative of Moscow to deepen integration within the Union State - Belarus is looking for ways to diversify its foreign policy, and not only in the European Union. One of the steps in this direction can be considered the intensification of relations with the US and the agreement on the return of the American ambassador to Belarus after an 11-year break.

[Q] Responding to criticism from European journalists that there is a dictatorship in Belarus, and Lukashenko has confirmed that he is an authoritarian leader and this is only in favor of the Belarusian people. What can you say about this? Are the Belarusian people really satisfied with the political regime that has ruled the country since Soviet times?

[Katsiaryna Shmatsina] First, a small amendment: Alexander Lukashenko came to power in 1994. The signature on the Belovezhsky Agreement from Belarus was put by Stanislav Shushkevich, chairman of the Supreme Council, and he also led the country until the 1994 presidential election. It is difficult to talk about exactly what the Belarusian people want, if only because the country has limited conducting full-scale sociological studies of public and political issues.

At the same time, the political opposition and civil society are in constrained conditions, and street protest activity is instantly accelerated. The presidential elections of 2006 and 2010 were accompanied by thousands of protests against the election results - and subsequent mass arrests of protesters.
The experience of the 2019 parliamentary campaign can testify to today's moods of voters: during the collection of signatures and pickets, candidates for MPs noted growing aggression of the population against the authorities, including among pensioners - a part of the electorate traditionally loyal to Alexander Lukashenko; combined with apathy of voters and disbelief in honest counting.

Actually, the results of the parliamentary campaign are quite indicative: not a single alternative, non-pro-government candidate was included in the House of Representatives, and a number of opposition candidates, including two current MPs, were denied registration. The election process itself also left much to be desired: according to the OSCE/ODIHR mission, the elections did not meet international standards, including the predominantly pro-government composition of electoral commission nominees and observers, lack of transparency in the counting of votes, and irregularities in snap voting.

In 2020, presidential elections will be held in Belarus, in which Alexander Lukashenko will also participate. The outcome of the upcoming elections is predictable now: the current head of state will most likely remain for the 6th term. However, the question remains how peaceful the election campaign will be - whether there will be pressure on candidates and political activists, independent media and civil society.

[Q] At the moment, Belarusian enterprises sell their products mainly to Russia and other CIS countries. If the EU offers Lukashenko a more economically viable option, will it be able to change its market orientation? If so, how will Moscow react to this?

[Katsiaryna Shmatsina] The scenario that the EU will open the market for Belarus products in the foreseeable future is unlikely. Relations between Belarus and the EU are in a much less favorable position than, say, the EU with Ukraine or Georgia, which have a DCFTA and a free trade zone. Let me remind you that there is not even a basic agreement between Belarus and the EU, and relations are regulated by the 1989 agreement. And there is no political will on the part of the European Union to propose an economic rapprochement with Belarus.

[Q] Due to Western sanctions, Russia’s purchasing power is decreasing every year, which naturally will lead to a narrowing of the sales market, and such large countries-suppliers of goods to the Russian market, like Belarus, may suffer big losses. Does the Belarus government have a crisis strategy, a backup “just in case”?

[Katsiaryna Shmatsina] Reducing the dependence of Belarus exports on the Russian market is also important in the context of periodic trade wars, during which the Rosselkhoznadzor introduces restrictions on the supply of Belarusian dairy and meat products.

As for the government’s strategy, Belarus has a national export development program, the goal of which is to achieve balanced indicators between the EAEU, EU and “far arc” countries by 2030, in equal shares. One example of the implementation of this strategy could be increased cooperation with China, including the export of food products - dairy and meat products.

Source: The Institute for Strategic Analysis