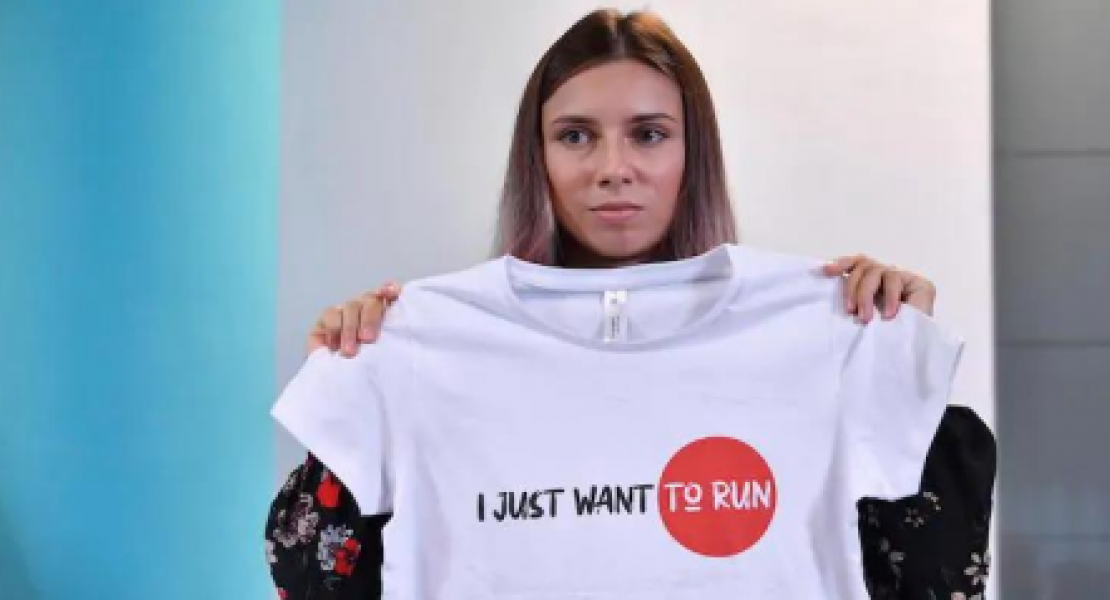 The Olympic Games have for years been the theatre of political dispute, used by many as an occasion to drive attention to political crises, publicly protest for equality, or even escape from prosecution. This year was no different as Belarusian sprinter Krystsina Tsimanouskaya received political asylum in Poland following a dispute with two coaches of her team.

The tension started when Miss Tsimanouskaya went to Instagram and denounced her coaches for entering her into the 4x400m relay competition without consulting her first. In the following days the coaches decided to withdraw her from the Olympic games altogether, preventing the athlete from performing in the 200m heats running competition she was supposed to partake in on  August 2nd as well.

The Belarusian Olympic team declared that Miss Tsimanouskaya was unfit to participate in the competition as they ‘feared’ for her emotional and mental health and therefore had  to send her home. The athlete declared that she wasn’t suffering any type of mental issue and that she did not expect to be sent home because her criticism towards her coaches had no political  implications.

At the airport, the runner decided to reach out for help to Japanese police officers, claiming that her team was trying to force her to leave Japan against her will. Fearing for her life upon return to Belarus, the athlete requested a humanitarian visa to the International Olympic Committee (IOC) in order to obtain political asylum somewhere in Europe.

There are several are the factors that justify Miss Tsimanouskaya’s fear to return to Minsk. First of all, sports and politics in Belarus  are strongly correlated, as President Lukashenka’s son himself holds the position of president of  the National Olympic Committee of Belarus (NOC) and personally controls the process of the division. Lukashenka was in fact reported to have put a lot of pressure on  Belarusian athletes demanding great achievements in Tokyo. Moreover, Krystsina Tsimanouskaya was already in the government radar as in August 2020; she took part in a  campaign, together with more than 1,000 other Belarusian athletes, signing an open letter demanding new elections in Belarus, the release of all political prisoners and the punishment of those responsible for the violence  perpetrated during protests.

Olympics organizers, aware of the potential danger, decided to investigate the situation and support the young athlete in her decision to seek political asylum. Prime Ministers of Poland and Czech Republic responded saying they were ready to issue Ms Tsikhanouskaya a humanitarian visa.

It is fundamental to notice that the IOC had already taken a position against Lukashenka’s regime by not recognizing the nomination of Lukashenka’s son as Belarus Olympic representative andbanning both the President of Belarus and his son from attending the games.

Miss Tsimanouskaya accepted the visa offered by Poland and arrived in Warsaw on August 4th following a longer journey. The athlete has gone public saying that her complaint towards her coaches was purely a sport issue and not a political one. Since then, the runner has changed her Instagram bio to ‘I only wanted to run’ (я просто хотела бежать).

In the meantime, following an investigation from the IOC, two coaches from the Belarusian team have been expelled from the games. The two will have a chance to be heard and defend themselves, however, the decision to ban them was taken preventively in order to guarantee the safety of the Belarusian athletes still in Tokyo.

What began as a mere quarell between an athlete and coaches, rapidly escalated into a political crisis, involving not only Belarus and Japan, but the whole international scene. A request for political asylum is not an event to be treated lightly. According to the Geneva Convention of 1951, of which both Poland and Czech Republic are parties to, the two countries were able to offer political asylum because Krystsina Tsimanouskaya qualified as refugee, or better, a  person who is unable or unwilling to return home due to a concrete threat to his/her life because of matters of nationality, religion, race, or for belonging to a specific social group or having a specific  political opinion’. The particular severity of the situation is evident because of the unusual  involvement of the UN refugee agency UNHCR in the matter.

In a 21st century Europe, the political crisis in Belarus constitutes a serious threat to democracy as  freedom of expression reaches all time low in the country. As the Tsimanouskaya case shows us, social media accounts of influential nationals are being directly monitored by government agencies in an attempt to control the political narrative.