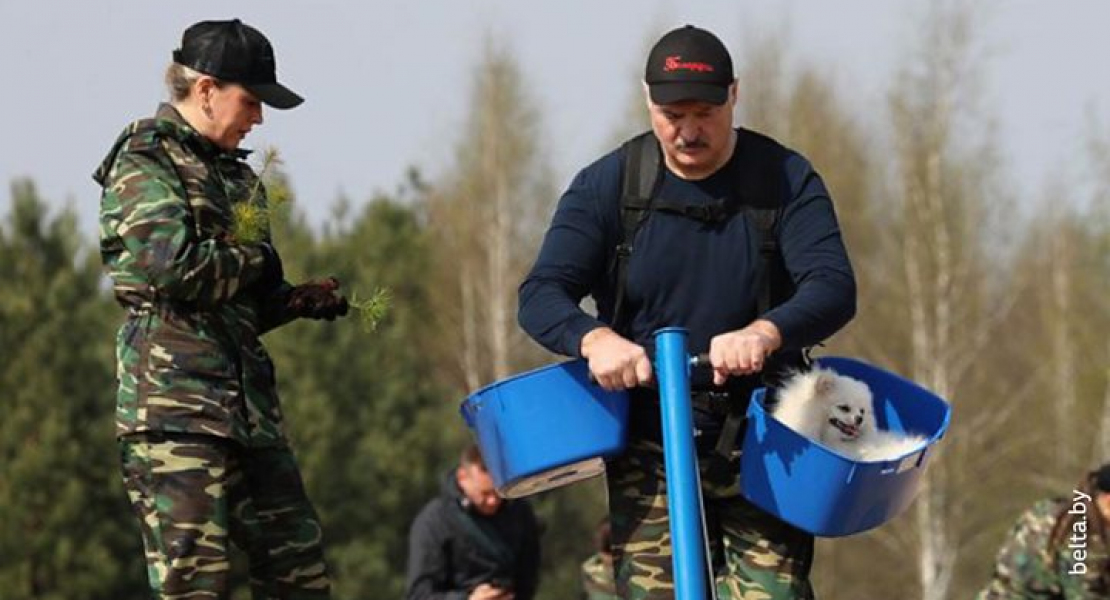 The authorities’ policy regarding the epidemic is inconsistent, the economy has to rely on emergency loans.

Despite the skepticism demonstrated earlier, the Belarusian authorities are forced to take additional measures to respond to the coronavirus epidemic. There are several reasons for this, including the electorate dissatisfaction with the previous authorities’ policies and the increase in coronavirus spread.

Within April 2-28, according to the official statistics, the number of cases increased by 40 times (from 300 to 12,208 people), the death toll grew by 20 times (from 4 to 79). At the same time, the authorities’actions remain contradictory and inconsistent.

In the media policy, the authorities are more open: they regularly update on coronavirus statistics, via the official Ministry of Health Telegram channel as well. Meanwhile, statistics remain rather limited, and during a meeting with some security officials, Alexander Lukashenko claimed the need for tighter control of independent media by security forces and the Ministry of Information.

"While the Brest’s authorities cancel mass events, the street parade, and the mass gathering on May 9, in Minsk parade rehearsals continue"

The president signed a decree on financial incentives for some categories of doctors (ranging from €340 to €1,500 monthly), and certain measures were taken to support the business. However, according to some experts, these measures are insufficient and do not solve most of the  entrepreneurs’ problems While the Brest’s authorities cancel mass events, the street parade, and the mass gathering on May 9, in Minsk parade rehearsals continue. On April 25 a republic-wide Saturday clean-up was held with about 2.3 million people involved. The Belarusian Congress Of Democratic Trade Unions called for a “mass boycott of the Saturday clean-up”. The International Labor Organization also addressed Belarusian authorities to cancel the event.

With the perfect storm in the Belarusian economy, the coronavirus forces the authorities to make new budget spendings. Under these conditions, they only rely on loans and financial assistance for emergency coronavirus response.

On  April 23, the Council of Ministers approved a draft agreement with the World Bank on a €90 million loan for Belarus for 11 years “to fund the emergency response to the epidemiological situation”.

On April 16, the First Deputy Prime Minister of the Republic of Belarus Dmitry Krutoy and the Vice President of the European Bank for Reconstruction and Development (EBRD) Alain Pilloux held a video conference. Following the talks, they announced that Minsk requested EBRD loans of up to $1 billion to support companies from the most affected sectors of the economy. The European Union will allocate $250 thousand for a project designated to help local business in Belarus to respond more effectively to changes in economic conditions caused by COVID-19.

In April, Belarus clashed with Russia on the economic issues not always with changing success. Thus, in April, country managed to get the required volume of Russian oil supplies, and a sharp drop in its world prices allows Belarus to buy oil from Russian companies with some reserves.

A compromise was also reached on a Russian loan for the construction of a Belarusian nuclear power plant. The start of the payments is most probably extended by a year, though Belarus was hoping for some better conditions. At the same time, negotiations on gas tariffs reduction was no success.

On  April 23, the Lithuanian President Gitanas Nauseda and Alexander Lukashenko had their first telephone conversation, initiated by the Lithuanian side. Besides the discussion of the fuel and energy issues, the presidents also touched upon the COVID-19 pandemic. Nauseda offered to support Belarus with humanitarian aid. Also on April 24, Belarus received a batch of humanitarian aid for the epidemic response from Poland. Potentially this strengthens European soft power in Belarus.