Where do EU sanctions lead? 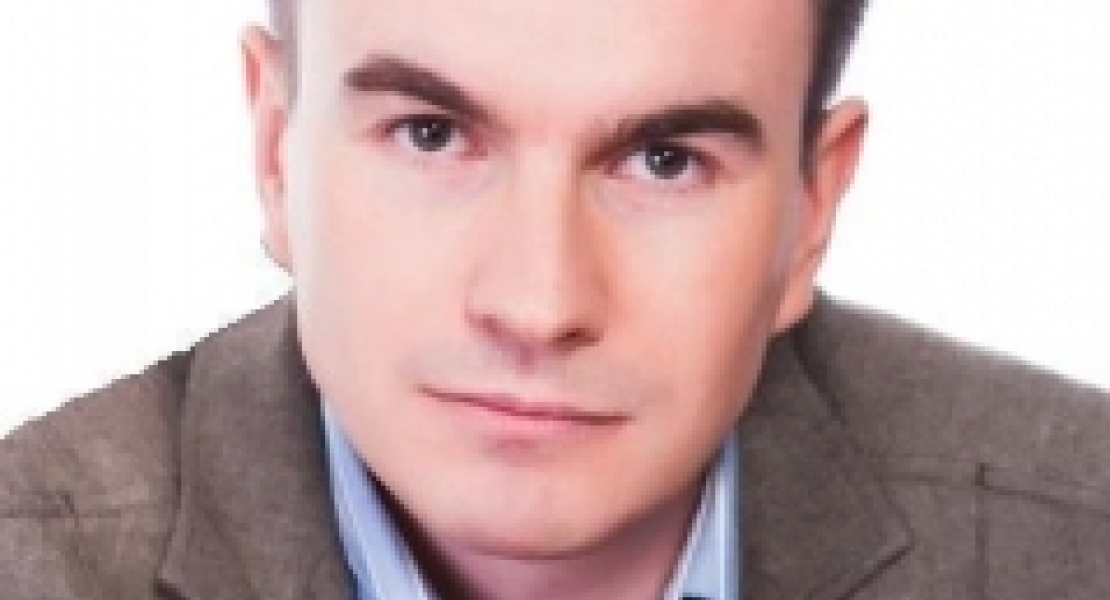 On January 23, the Council of the European Union agreed to broaden the criteria for applying personal sanctions against Belarus. The “black list” of the European Union will very likely be substantially expanded in the near future. The European Union thus responded to the worsening of the human rights situation in Belarus and the fact that there are political prisoners in the country.

However, the efficiency of such sanctions imposed by the European Union raises doubts. Fifteen years’ worth of sanctions not only failed to improve the situation, but also saw aggravations. Minsk responds to expansions of restrictive measures by the West with even severer repression and anti-western rhetoric. The isolation from the EU leads to even closer ties between Belarus and Russia. At the same time, more and more Belarusian and western experts point out that in order to liberalize this country, dialogue and cooperation are called for, rather than sanctions and isolation.

Do sanctions work at all?

Scientifically defined, a sanction is a measure of responsibility set forth by international law (a measure of coercion) for this or that international legal action of a state, which is imposed by an international intergovernmental organization. Sanctions (embargoes, trade boycotts, etc.) are imposed upon an authorization of the United Nations against the countries that have breached international law and therefore threaten international peace and security. Based upon this definition, the restraints applied by the European Union against Belarus can be called “sanctions” only conventionally. These are rather restrictive measures targeted against the country that takes the liberty of behaving in a way that the EU considers to be inappropriate. To what extent are such measures efficient? According to many researchers, international sanctions rarely produce the desired effect. The report of the United Nations Secretary General on the work of the Organization in 2000 reads: “Sanctions have had an uneven track record in encouraging compliance with Security Council resolutions and in recent years their efficacy has been increasingly questioned.”[1]

“Collateral damage” done to peaceful population and violation of economic, social and other human rights appear to be the most significant problems caused by the application of large-scale international economic sanctions. The economic boycott of Iraq, which lasted for more than a decade, resulted in a marked worsening of living standards of peaceful population, shortages of medical equipment and increase in infant mortality. Furthermore, economic sanctions inevitably encourage the black market and help the groups that control this market generate gigantic profits.

According to the UN Secretary-General, when economic sanctions are applied, “then it is usually the people who suffer, not the political elites whose behavior triggered the sanctions in the first place. Indeed, those in power, perversely, often benefit from such sanctions by their ability to control and profit from black market activity, and by exploiting them as a pretext for eliminating domestic sources of political opposition.”[2] North Korea, Iran and Cuba are typical examples illustrating the “efficiency” of West-imposed economic sanctions. Thank goodness, Belarus has not yet experienced the effect of full-scale economic sanctions; however, some opposition forces keep making suicidal declarations inviting sanctions (that would finish them off in the first place).

What is the EU doing wrong?

If the economic sanctions fail to work, then how can the visa restrictions be efficient? The visa bans have remained in effect since 2004, albeit with a short break from 2008 to 2011; however, the EU never managed to attain the expected result. Experts are still divided on what really caused Alyaksandr Kazulin’s release in 2008 – the U.S. economic sanctions or the EU proposals (the Eastern Partnership and macroeconomic assistance) which coincided in time with Moscow’s aggression (the war in Georgia). Anyway, no one ever mentions the visa sanctions as a possible reason behind the reversal in Lukashenka’s behavior.

Indeed, can EU entry denials and freezing of accounts really modify the government’s internal policy? The direct effect of the visa sanctions is hardly appreciable: Belarusian officials do not travel too often to Europe and, given the current economic predicament, they can prefer going on vacation to Turkey, Egypt, or the Crimea. These sanctions cannot even prevent the Belarusian side from taking part in the work of international organizations. This has been proved quite recently by the Belarusian Interior Minister Anatol Kulyashou, subject to an EU visa ban, who paid a visit to the Interpol headquarters in Lyon, France. It appears that those who really need to go will go anyway – either under the coverage of international immunity (as it happened to Kulyashou) or by using passports issued to alternative names (special services tend to practice this method).

When it comes to the symbolic effect of the visa sanctions, they are even less obvious. Many Belarusian officials find it gratifying to get into the black list, which attests to their complete loyalty to the Belarusian president and the system as a whole. They will not be intimidated by any visa ban.

One should also note the non-transparent procedure for making the list of persons subject to sanctions. This often results in awkward mistakes, for instance, the inclusion in the black list of the chairman of the Vitebsk regional election commission, who had long been dead. The criteria for getting into the black list are not very clear, either.

The “targeted sanctions” pinpointing specific Belarusian enterprises, which European politicians believe provide financing for the Belarusian regime, are also quite questionable. Why these enterprises and not some others? Where is the proof that it is these enterprises that finance the policy of repression pursued by the Belarusian administration? Why cannot Lukashenka make use of any sources of financing other than Peftsieu? It looks like the restrictions are imposed only for the sake of slapping sanctions on the regime – they are based neither on the analysis of the situation in Belarus nor on some overarching strategy to influence this country.

At the same time, the European Union is incapable of imposing full-scale economic sanctions (an embargo, trade boycott, freezing of all accounts) because of the following:

Therefore, the arsenal of the European Union still has measures, mostly symbolic, which are essentially half-measures, lingering somewhere in between real sanctions and the failure to act.

Half-measures are worse than no measures

However, such half-measures are more detrimental than encouraging the Belarusian administration to select the right path. The visa sanctions and isolation policy lead to ruining the ties between Belarus and the European Union, which deprives the EU of its last levers to influence the situation and cuts off the information channels, whereas the Belarusian elite comprehends its European counterparts less and less and regards their acts as hostile and dangerous. The targeted sanctions against Belarusian enterprises scare away western investors, which is advantageous to Russian capital and the Russian “ruling tandem”. The lack of cooperation with the West encourages repression and further consolidation of the regime, justified by the threat of hostile western nations, which “conspire against sovereign Belarus.” As a result, this isolation policy has pushed Belarus into Russia’s tight grasp instead of escorting it to democratization, and it will be quite hard to escape from the former.

But what can be done to liberalize Belarus when large-scale economic sanctions are impossible, half-measures do harm and the authorities won’t make concessions?

What can be done? or cooperation as a sanction

Paradoxically, the best remedy in the current framework is to expand the cooperation with Belarus in all sectors. Brussels’ answer to the closedness and incredulity of Minsk should involve an expansion of cooperation and communication at all levels of society.

Contacts with reform-minded bureaucrats will promote their socialization, familiarization with European standards of work and conduct, reduce the level of hostility and will serve as confidence-building instruments. A message to officialdom is crucial, as it convinces that the EU can become a serious international partner, not only a structure making political demands and financing the opposition. Belarus should accede to the Bologna process as soon as possible. Programs of educational exchanges, fellowship programs and scholarships for Belarusian students should be broadened. Civil society organizations should enjoy a more generous support to gradually, slowly, but inevitably modify society from below.

It must be brought home to a broad range of society that the European Union is not fencing itself off from Belarus, that it is a friendly neighbor that is ready to help any time. The best way to do so is to abolish Schengen visa requirements for Belarus. To compare the standards of living in Belarus and the EU is important as never before for the Belarusians to make the European choice and is equally dangerous for the state propaganda.

European business’ investing in Belarus will not only benefit European firms, but will promote the modernization of Belarus, diversify its economy and slow down the increasing dependence on Russia.

The recommendations listed above do not mean that there is no need to release political prisoners; however, history has proved that prisoners are released through dialogue, not sanctions. Take Lukashenka’s meeting with German Ambassador Gebhardt Weiss in 2008, with Javier Solana in 2009 and with Nikolay Mladenov in 2011 – the normalization of the relations with the EU and the internal political thaw became results of those meetings and negotiations, rather than many years of isolation and sanctions. 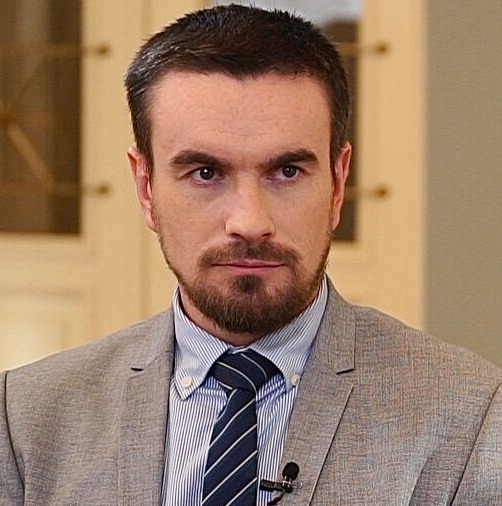 Dzianis Melyantsou
9
9
min read
A- A+