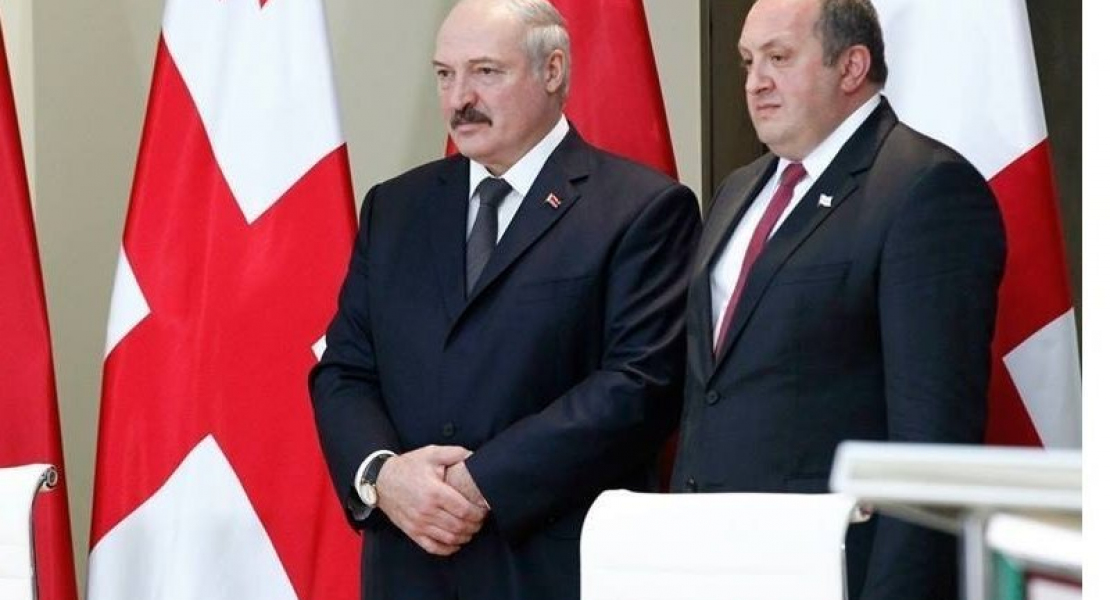 After dissolution of the USSR relations between Belarus and Georgia have not been of a high priority for the two countries. The amount of bilateral trade has been negligible; political contacts have been lacking and differing foreign policy orientations of the countries have occasionally resulted in disagreements. Since 2015 bilateral relations have accelerated. The sides have opted for development of pragmatic relations and are trying to make the most of what the partnership can offer.

In 2016, Belarus opened its embassy in Tbilisi; it happened a year after Lukashenka's first official visit to Tbilisi in 2015. In 2018, the Belarusian President visited Georgia once again. High level Georgian officials including President Margvelashvili, then Prime Minister Kvirikashvili and chairman of the parliament Irakli Kobakhidze have also visited Minsk in 2015 - 2018.

Different foreign policy orientations of the countries do not seem to be a problem in bilateral relations. Despite being an ally of Russia, Belarus does not recognise independence of South Ossetia and Abkhazia. Moreover, Lukashenka has expressed his willingness to help with improving Russian-Georgian relations.

At the same time, Georgia's ties with the West can be beneficial for Minsk. During Kobakhidze’s visit to Minsk in 2017, Lukashenka thanked his guest for the support that Georgia had been giving Belarus throughout the years and said that Georgia deserved a huge credit for the “improvement of relations between Belarus and the West.”

However, the importance of these gestures should not be overstated. Firstly, the influence of Georgia on western politicians is far from significant. It is hard to say how much the Georgian side contributed to the improvement of relations between Belarus and the EU but surely it has not been a major factor. Secondly, Russian-Georgian relations are so problematic that one can reasonably doubt that Belarus' “help” will go beyond the rhetoric.

Besides, though Belarus does not recognize the independence of Georgian breakaway territories, being an ally of Russia sometimes results in Belarus and Georgia having opposite positions concerning Georgian-Russian conflict. For example, Belarus is one of the few countries that consistently votes against the annual UN resolution on recognizing right of return of refugees and internally displaced persons in Georgia to their homes. Russia's influence on these countries's decision is evident.

Trade is a declared priority in Georgian-Belarusian relations. Potentially, improvement in economic ties and establishment of joint ventures in both countries can facilitate access of Georgian and Belarusian producers to the Eurasian and the European markets respectively.

As with other aspects of bilateral relations, trade was rather underdeveloped until the last couple of years. Commodity turnover between the two countries has been disappointingly low; a mere 44.9 million USD in 2015. Recently, the turnover has increased significantly but it remains very low at 120 million USD in 2017. The period from 2015 has been far from the best in terms of growth for both countries. Clearly, a threefold increase is mainly a result of political willingness paired with a very low turnover up until 2015 rather than of acceleration of economic development of the two countries. The question now is whether this growth is sustainable.

Tbilisi understands the importance of Minsk's close ties with Russia so it does not raise problematic political issues in bilateral relations. Since 2015, both sides have opted for increasing economic ties and pragmatic cooperation that has brought some positive results. Judging by the recent developments in bilateral relations it can be said that it is not different foreign policy orientations but low level of economic development of both countries that complicates further development of relations between Georgia and Belarus.