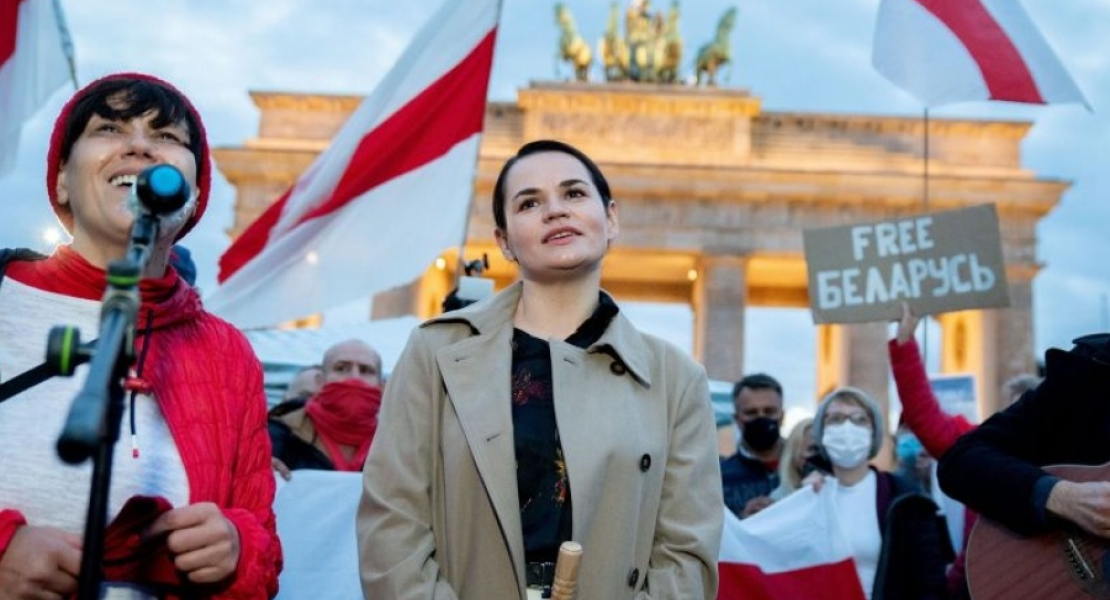 The protests following the presidential elections in Belarus last summer received an immense outreach of solidarity. News coverage regarding the violence in Belarus reached a high spot on the news agenda in Germany, as well as in almost all countries on the European continent. Especially in German-language media, about 10 times as many articles and reports on the situation in Belarus appeared in the months of August to September compared to the months of June and July 2020. However, from the end of September until the end of the year, the trend of coverage dropped to the original pre-election level, indicating a loss of perception in the German and European media despite the ongoing protest and violence.1 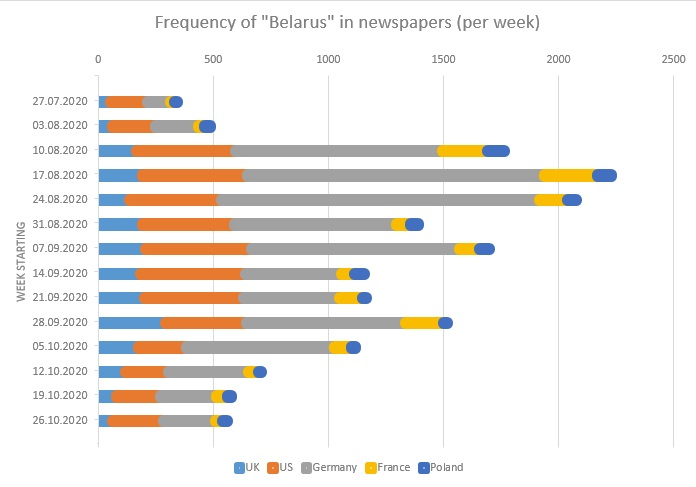 Just in the aftermath of August 9th, 2020 a very active and progressive Belarusian diaspora was formed in Germany. In solidarity with the democracy movement the diaspora consists of all kinds of social classes and is a rather smaller population group compared to the Russians, Poles or Ukrainians living in Germany. The formation of the diaspora manifested itself in the organization of rallies, marches, vigils, the founding of non-governmental organizations and an active presence in social media, which is a particularly important component during a worldwide pandemic. In addition, church associations or student organizations also supported Belarusian refugees who, after arriving in Germany, also belong to the exile movement. Churches, like the Gethsemane Church in Berlin Prenzlauer Berg are holding weekly political worships in which spiritual assistance is provided, while student organizations campaign for enrolment and visa facilitation for escaped Belarusian students.

One of these organizations, which solidarizes themselves with the democracy movement in Belarus, is the community “Razam” (in Belarusian: together). Although in Lithuania, Poland or Canada, “Razam” stands for the solidarity between all kind of people, who are supporting Belarusian refugees or Belarusians fighting for more justice and human rights. For that reason, these associations play an important role in mediating political processes in Belarus for the German public. In many cities, including Berlin, Bremen, Düsseldorf or Stuttgart, weekly events are taking place in which the goal is to keep Belarus on the surface of society’s perception. In particular, the high level of networking among the diaspora, which thus enables them to intervene even more strongly in the process of forming a public opinion must be mentioned. For some ethnic groups, with a high level of political activity and advocacy activities, this even has a political-economic dimension towards the relations to their home country (e.g., the Armenian or Ukrainian diaspora in the US and Canada).

The community “Razam” serves as an example of all the networks that has set itself the goal to represent the interests of Belarusians in Germany, as well as to generate a higher level of attention inside Germany and its people. With the platforms created by the NGO’s, the situation of human rights and rule of law remains a publicly debated issue for politics, science and society. Such associations as “Razam” also help in networking among Belarusian citizens in Germany, as well as contacting and meeting Stake Holder from political institutions. NGO’s, who were established in the aftermath of the fraudulent elections in Belarus, were not only founded in Germany, but also in Canada, Israel, Lithuania and much more other countries, where the Belarusian diaspora has become an active player in the public discourse. Furthermore, associations such as “Razam” act as a massive support for escaped Belarusians in everyday life.

The outlook for 2021 remains risky, as there will be further waves of refugees from Belarus if the repressive apparatus continues. Pan-European solidarity strategies must be devised, especially with the neighboring countries Poland, Lithuania, Latvia and Ukraine, which have the largest numbers of refugees and exiled Belarusians. In this respect, the political actors, together with the empowered civil society and the vibrant diaspora, need to take further steps towards a better life in a democratic Belarus.