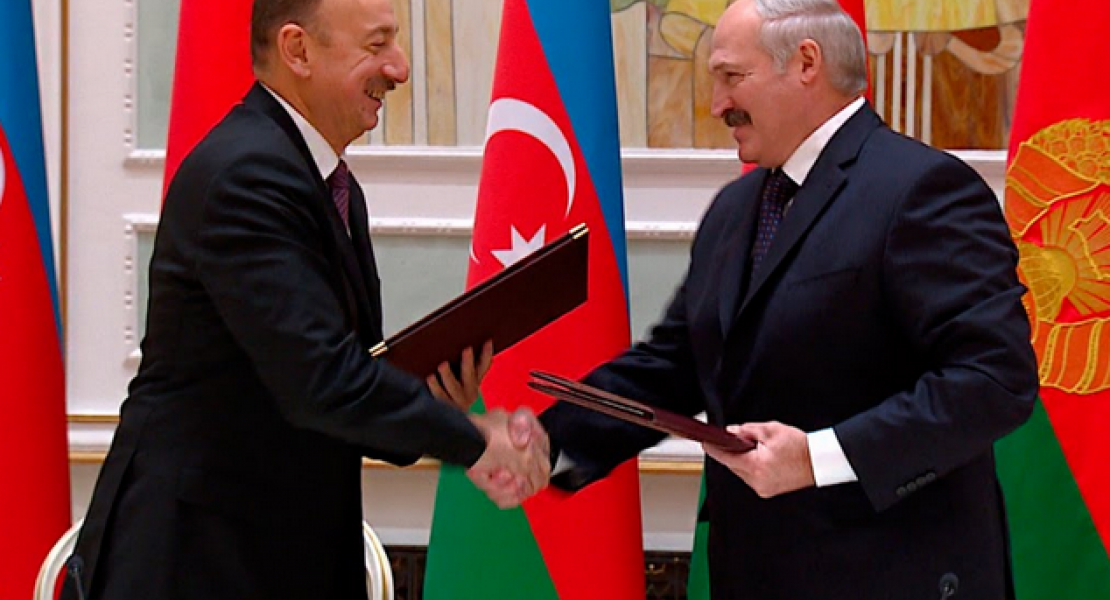 On June 11, Azerbaijani army demonstrated Polonez Multiple Launch Rocket System purchased from Belarus this year. As was expected, the deal caused discontent from the Armenian side. Prime Minister Pashinyan stated that such an action harms relations between Armenia and Belarus. He referred to selling arms to Azerbaijan as unacceptable.

This is not the first time when Armenian politicians voice objections regarding Belarus’s dealings with Azerbaijan. However, lack of financial capabilities and influence over CSTO partners leave them incapable of influencing Belarus-Azerbaijani relations.

Firstly, arms trade with Azerbaijan is important for Belarus financially. Azerbaijan is one of the main customers of Belarusian defense industry. For example, out of 271 T-72 tanks that Belarus exported from 2002 to 2012; 153 were sold to Azerbaijan. Armenia spends much less on defense than Azerbaijan does. It cannot replace Azerbaijan as a buyer of Belarusian weapon.

Good relations between Belarus and Azerbaijan go beyond trade and economics. The two governments have demonstrated that they value each other as partners. Notably, in 2011, in the heat of one of more serious disagreements with Russia, Belarus was viewing Azerbaijan as a potential aide in decreasing energy dependency on its eastern neighbour. Unsurprisingly, that never happened. However, the same year Belarus secured a quick loan of 300 million USD from Azerbaijan needed to pay energy-related debts to Russia.

Last year, a Russian-Israeli blogger was arrested in Belarus and extradited to Azerbaijan despite objections from the Russian side. The blogger was accused by Baku of illegally crossing a border to Nagorno-Karabakh from Armenia. Of course, the Belarusian government became a target of criticism from Yerevan at that time as well.

Since Armenia-Belarus relations are not particularly developed, Yerevan tries to use CSTO to influence Belarus’s ties with Azerbaijan. One of the arguments occasionally voiced by Armenian politicians is that a CSTO member should not sell weapons to Armenia’s foe. However, Armenians themselves know very well that according to the Collective Security Treaty being a CSTO member does not inhibit Belarus from selling weapons to Azerbaijan. Moreover, a fellow CSTO member, Russia, is in fact Azerbaijan’s main arms supplier. Since Russia’s position in this conflicts pretty much comes down to preserving balance of power among the two adversaries, it is highly unlikely that Armenia can use CSTO in any way to limit Azerbaijan’s supply of arms.

Armenia has once again expressed its unhappiness about Belarus’s ties with Azerbaijan. But since its financial capabilities are limited and its bilateral ties with Belarus are underdeveloped, its protests are doomed to be fruitless.