Belarus: Elections Not Recognized by EU and Society, Protests are Ongoing 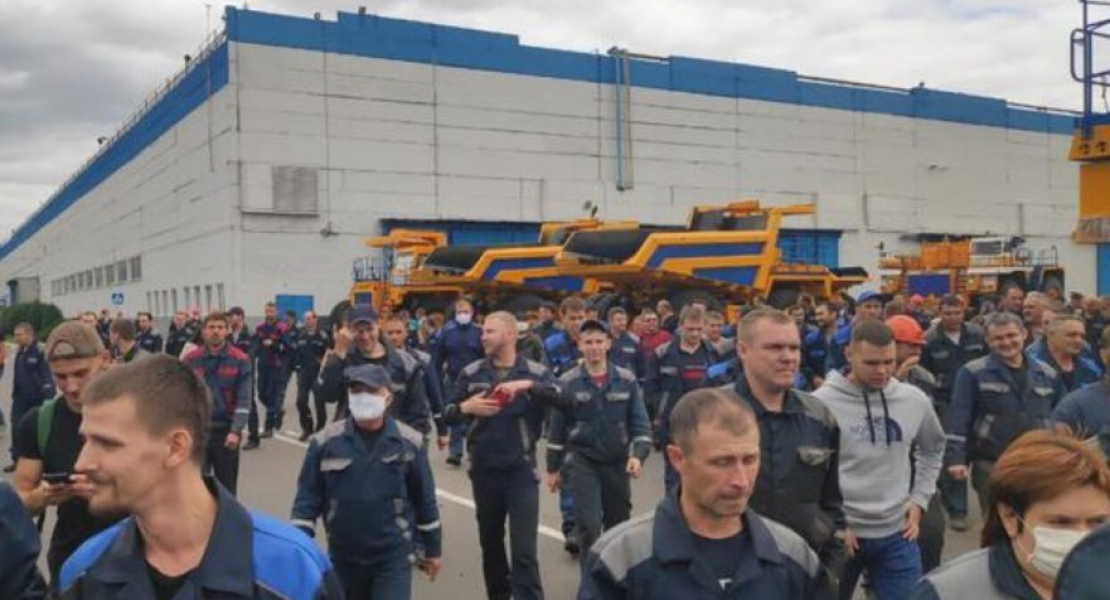 The Belarusian society does not believe the official results of the elections that took place on August 9, indicating the victory of Alexander Lukashenko in the first tour of the elections with a landslide victory of 80.1% vote. Since the evening of the election day peaceful street protests have taken place all over Belarus. On Sundays mass protests and rallies in Minsk gather hundreds of thousands of people. These protests, however, lack leaders and are decentralized. Telegram channels mostly inform about the developments in the country rather than provide their own agenda. Initiated by Svetlana Tikhanovskaya, the opposition candidate, a Coordination Council was created to hold negotiations on power transfer, however, neither the Council nor Tikhanovskaya herself (who left the country for Lithuania under the pressure coming from the authorities) can influence the protests.

The authorities responded to street protests with unprecedented violence. On August 9-11 Belarusian security forces for the first time actively used rubber bullets and stun grenades, while beating up the detained. At least three protesters are dead, dozens have gone missing, hundreds have been wounded and injured while over 7500 people were detained for participating in peaceful protests and rallies. 41 political prisoners are behind bars. UNO experts received information regarding 450 documented cases of torture and violence towards the detained with physical abuse of women and minors, “including sexual abuse and rape using rubber batons”.

The authorities use all means to limit access to information. From time to time there is no access to the internet in Belarus, while mobile operators are ordered to slow down mobile internet during protests and rallies. Those journalists that provide coverage of these events are systematically arrested and beaten (for instance, a journalist from Grodno had both of his arms broken). Dozens of websites of independent mass media, non-governmental organizations and VPN-services are blocked. Belarusian printing companies refuse to print non-governmental newspapers.

“At least three protesters are dead, dozens have gone missing, hundreds have been wounded and injured while over 7500 people were detained for participating in peaceful protests and rallies”

150 leading economists from 25 countries are warning the Belarusian authorities of disastrous economic issues in case human rights continue to be violated. The Belarusian rouble showed a 10% devaluation in August. Dozens of IT companies are busy relocating their offices and employees elsewhere, outside Belarus.

Banks are putting loans on hold. Economists point out that attempts to collectively withdraw money from bank accounts result in banks being put in a state of shock, while the authorities are trying to freeze the ongoing political issues and thus sacrifice social and economic prospects of the country.

Foreign policy: Loss of Legitimacy and the Return of Sanctions

A special meeting of the EU Foreign Affairs Council took place on August 14, where an unprecedently firm statement was made regarding the situation in Belarus: the EU not only criticized the violations that took place during the elections, but also stated that it does not accept the official results of the elections. Therefore, after the expiration of the term of Lukashenko’s office, he will no longer be the legitimate president of Belarus in the eyes of the European Union.

The EU is ready to offer mediation in the dialogue of Belarusian authorities with the society, however, Lukashenko wants neither mediation nor dialogue itself – and this concerns both his own society and European leaders as well. Having replied nothing to a call coming from Merkel, Lukashenko provoked losing some part of Belarusian foreign policy subjectivity; now European leaders discuss Belarus with Putin.

Even though Vladimir Putin was one of the first ones to greet Lukashenko with winning the elections and promised his law-enforcement support, Kremlin’s position remains ambivalent. The promises are surrounded by blurred conditions, while the most needed support – financial one – is nowhere to be seen. Instead of those Belarus state TV employees who went on strike there is a personnel of RT journalists working and promoting the narratives of Russian propaganda.