Belarus: Wave of Repression at the Start of the Election Campaign 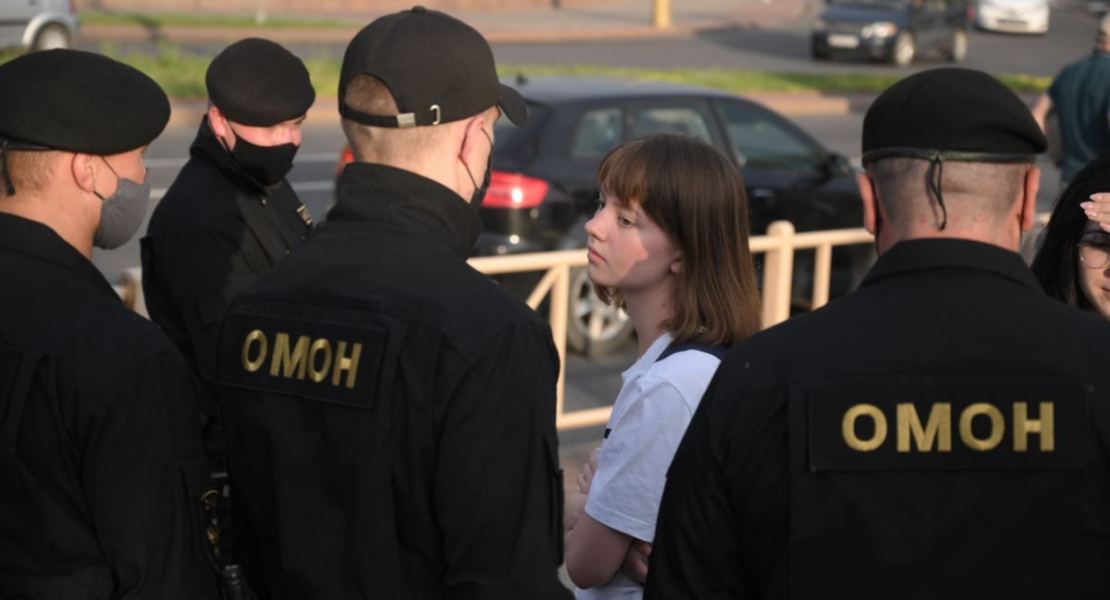 Hundreds of people were arrested and fined while the West criticizes the persecution of politicians and bloggers. In the new government, the security forces replaced the market-oriented staff.

The Belarusian authorities started the campaign with an unprecedented wave of repression.

They put into the State Security Committee pre-trial detention center on criminal cases the campaign’s front-runner Viktor Babariko (who had previously announced more than 400 thousand signatures gathered in his nomination support), his son and headquarters director Eduard Babariko, as well as Sergei Tikhanovsky, who is a video blogger and headquarters director of his wife Svetlana Tikhanovskaya (nominated for taking part in the presidential elections instead of her husband, preventively arrested for the term of documents submitting). The authorities also detained on criminal charges several video bloggers with a combined audience of more than half a million people. According to human rights activists, a total of 224 people were repressed, punished with €60 thousand fines and 1609 days of arrest.

Pressure on alternative candidates and their headquarters activists intensified the Belarusian society politicization and mobilized people for solidarity. During the period of signature collection campaign for potential candidates nomination, in dozens of cities in Belarus, people lined up in long queues for pickets. On June 19, on the last day of the signature collection campaign, after the detention of Viktor Babariko, the joint picket of candidates in the center of Minsk turned into a spontaneous action of solidarity, when people stuck around until late at night and lined up for several kilometers. Later, such actions of solidarity repeated throughout the country and attempts to detain participants led to clashes with the security forces.

More than 96% of nominees of pro-government parties and organizations were included in the district election committees, with only 1% of nominees of the opposition parties. The chairman of the Central Election Commission argued this with the saying “When in Rome, do as Roman do”.

Lukashenko constantly threatens his opponents (“Have you forgotten how Karimov suppressed the putsch in Andijan by shooting thousands of people? Well, we’ll remind you”,  “They won’t get the country”) and insults them (“mangy”, “ maidan morons”, “pot-bellied bourgeois”, “boar”, “scoundrel”). Human rights activists state: “In such circumstances, we can’t talk about holding honest and fair elections.”

According to human rights activists, a total of 224 people were repressed, punished with €60 thousand fines and 1609 days of arrest.

On June 4, the president appointed a new government. Roman Golovchenko, who had previously worked in the Prosecutor General’s Office, the Security Council, and the military-industrial complex, was appointed a new government head instead of market-oriented Sergei Rumas. And Major General Ivan Tertel, former deputy chairman of the State Security Committee, became the chairman of the State Control Committee.

The authorities’ actions confirm anti-market policy. Lukashenko criticized the idea of state-owned enterprises privatization, and the new Prime Minister promised to provide them state support. The new head of the State Control Committee opened a criminal case against Belgazprombank, the country’s largest private bank. The bank forcibly changed the administration, and shareholders refuse to cooperate with it. All this worsens the expectations of private business and the investment climate in Belarus. Nevertheless, on June 19, Belarus placed $1.25 billion Eurobonds. Investment funds from the USA and Europe bought most of them.

The repressive policy of the Belarusian authorities caused a series of critical statements from the European External Action Service and some members of the European Parliament, the Ministries of Foreign Affairs of Germany and France, the embassies of the United Kingdom and the United States.

In the evening of June 18, the ambassadors of the European Union countries were unexpectedly invited to a meeting at the Belarusian Ministry of Foreign Affairs, where they got an explanation of Viktor Babariko detention. Diplomats anonymously noted the aggressive and abusive behavior of the Belarusian officials. The Belarusian MFA head threatened that in case of a negative reaction of the West to repression, “there will be no new thaw (in relations)”, and “the development of the events under an undesirable scenario will put an end to the diversification of foreign policy and foreign economic activity that has begun.”