Lukashenka Threatens with NATO, COVID-19 on the Rise 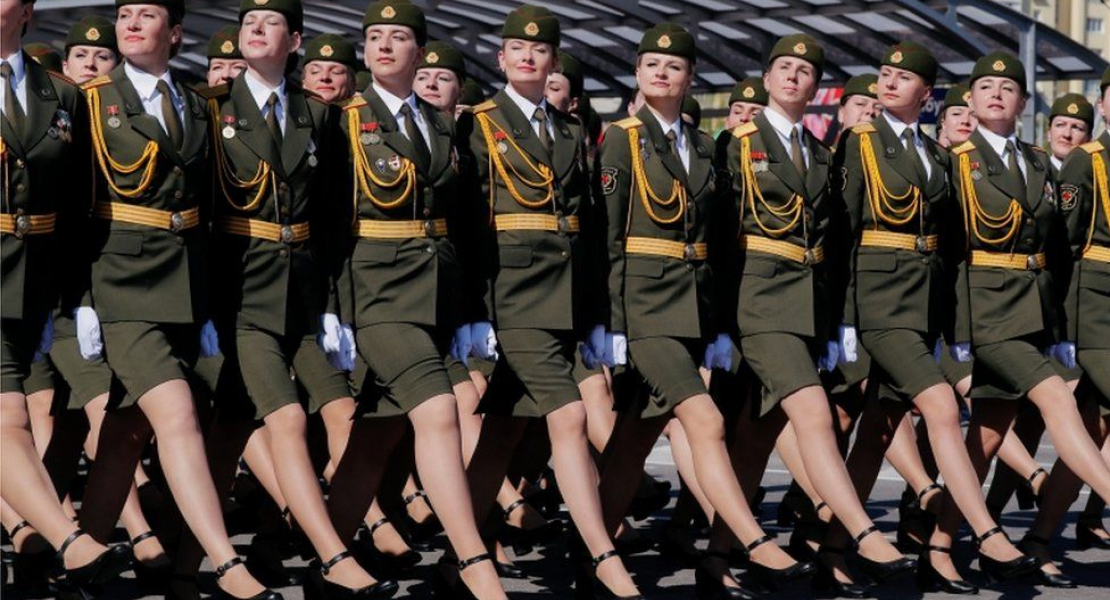 Even though street protests no longer gather hundreds of thousands of people in one place as seen in summer, , they do not stop. In order to secure the safety of the participants protests are now completely decentralized, decisions on the format and time of protests are made in local Telegram-chats, with their number already being up to 1000 throughout the country. Law enforcement is still acting violently, however, they are not able to efficiently counteract decentralized protests.

Under such conditions the authorities are moving to legal repressive measures. Harsher punishment for taking part in mass events is introduced, while going abroad is limited.  Amendments to the law on state service provide for the alignment of civil servants with military servants. The bill on foreign agents may be adopted as well.

At the same time coronavirus epidemic is on the rise. Masks are mandatory to wear in public places (while there is still no punishment for breaking this rule). Alexander Lukashenka used to ignore this issue, but now he is visiting hospitals in different regions with critical growth of new cases. However, he is quite frequently seen there without a mask. To fight coronavirus medical students are being employed full-time, while planned medical treatment is put on hold in Minsk.

Both hot issues of 2020 domestic policy, namely the socio-political crisis and mismanaged COVID-19 epidemic, remain with Belarus in 2021.

“Both hot issues of 2020 domestic policy, namely the socio-political crisis and mismanaged COVID-19 epidemic, remain with Belarus in 2021”

Economy: Holes in the Budget to be Filled at the Expense of the Population

The national debt of Belarus grew by 29.3% since the beginning of the year. With weak economy and lack of options to get foreign loans, Belarusian authorities are trying to fill the holes in the budget at the expense of the country’s population. Reformatting the pension system has been announced, which in fact means cutting pension guarantees. The tax for IT specialists that has previously been fixed at 9% for 50 years, may be increased to 13%.  On average tax rates and rates of levy are planned to go up by 5.5%. Going abroad by car (now banned completely) is planned to be subject to a charge of approximately EUR 30. Starting January 1 base value will go up in Belarus, with all customs and fines growing as a result. Despite all these measures, there is a deficit in 2021 Belarus budget, and it makes up EUR 1.3 billion.

The epidemic and socio-political crisis provide for a combined attack on many sectors of private business, first and foremost on HoReCa and tourism with tourism export decreasing by 98% in April-November and lack of tools to help tourism in the plan of urgent measures to assist domestic and inbound tourism adopted by the Cabinet of Minister.

Due to political reasons, in 2020 Belarus was deprived of an opportunity to attract international loans and also wasted its previously gained victories including stable domestic market and the first steps to diversify energy supply. 2021 growth areas are nowhere to be seen.

On December 17, the EU Council adopted the third package of sanctions including 29 surnames and 7 entities. More had been expected, however, the fourth package is already being discussed. Even Switzerland joined the EU sanctions. The US Senate approved the Belarus Democracy, Human Rights and Sovereignty Act. The representatives of Belarusian opposition received the 2020 Sakharov Prize for Freedom of Thought.

Sviatlana Tsikhanouskaya met Frank-Walter Steinmeier, the president of Germany; in the course of her visit to Brussels she had meetings in the European Parliament and in the European Commission. Later on, she had a working visit to Spain where she met with Arancha Gonzalez Laya, the head of MFA, and Javier Solana, NATO’s former Secretary General as well as held a telephone conversation with Pedro Sanchez, the prime minister of Spain self-isolated at the time.

Alexander Lukashenka took part in the session of the Collective Security Council and mentioned further build-up of NATO and USA military contingent on the borders aiming to occupy Belarusian territories and annex some part by Poland. No support from other leaders of the countries of Collective Security Treaty Organization was given to Lukashenko.

Sviatlana Tsikhanouskaya will start 2021 visiting Canada and the USA with attending Joe Biden’s inauguration. As for Alexander Lukashenka and his MFA, tensions are expected to rise in their relations with the West while negotiations with Russia are not going to be easy either.