The EU response to the Belarusian crisis: solidarity or by-standing? 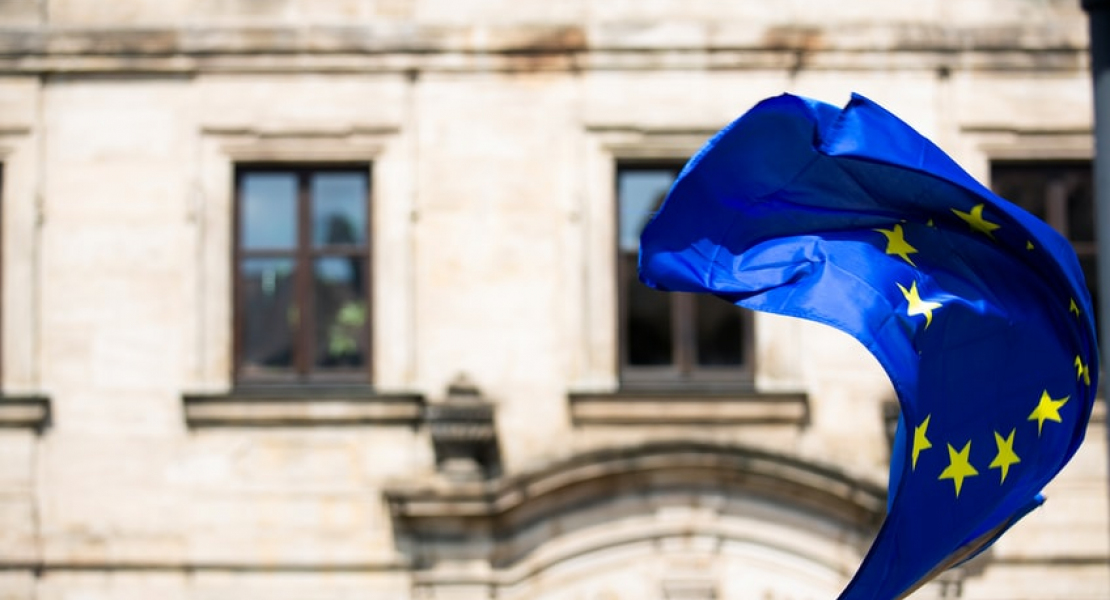 There is a potential room for discussion with Moscow on the scenarios that could be acceptable for all parties involved.

The EU-Belarus relations could serve as a case study on how the EU applied virtually any possible strategy in dealing with the autocratic regime. During 26 years of Aliaksandr Lukashenka’s presidency, the EU imposed sanctions as a reaction to grave human rights violations, extended support to the civil society with simultaneous isolation of high-level contacts, and made several attempts of rapprochement, giving the official Minsk the credit of trust regarding liberalization and offering technical assistance to modernize Belarusian institutions. In the past years, during yet another cycle of rapprochement since 2015,

it was almost a mauvais ton to bring up the criticism of the Lukashenka regime in the public discussion with European politicians—rather, a commonly acceptable narrative was that there is a progress in mutual understanding between Minsk and Brussels.

The EU tended to emphasize areas of common ground, such as cooperation on non-politically sensitive subjects, including technical assistance within the Eastern Partnership framework.

The post-electoral crisis 2020 set the EU-Belarus relations back to square one, crossing out the achievements of the past years and estranging the Western foreign policy vector of the official Minsk. The point of no return was crossed when in response to the peaceful protest not only over 30,000 people were detained, which is far greater than the figures in previous years, such as 700 detainees in December 2010. What is even more important is that the red line was crossed with hundreds of reports of inhuman treatment and tortures in the detention centers, and also with several deaths that occurred as a result of deliberate use of force by the police. Repressions persist by this day, with daily detentions of activists and the regime’s attempt to suppress any civil initiative that has a potential to voice criticism and participate in the protest.

What implication such developments have for the EU view on Belarus, is that it makes it clear that the previous EU-strategy of technocratic democratic assistance is impossible in the future. All the achievements of the previous years and the seeming openness of the official Minsk towards the European counterparts, such as Uladzimir Makei’s reputation of a progressive and open-minded foreign policy minister, were quickly scaled back when the regime turned into the survival mode at any cost, justifying state terror and the police’s impunity for the deaths of the protesters. The exchange of the government’s institutional expertise and development of infrastructure projects served its purpose during the period of rapprochement. However, looking forward, if Lukashenka manages to preserve the status quo, it would be pointless to restore the similar frame of cooperation and would only serve the interests of the regime.

The EU response to the Belarusian crisis has been proactive so far. The EU introduced sanctions and put on hold contacts with governmental agencies, simultaneously channeling financial support to the Belarusian civil society. Several EU members, including Baltic states, have been most active in bringing the Belarusian issue to the spotlight in Brussels and beyond. Thus, at the invite of Estonia Sviatlana Tsikhanouskaya spoke at informal meetings of the UN Security Council. Lithuania championed the application of the universal jurisdiction principles launching the investigation of the regime violence against the protesters, following the call of the OSCE Moscow mechanism rapporteur on Belarus. Germany and the Czech Republic launched similar investigations, sending the signal to the Belarusian ‘siloviki’ complicit in violence that crimes would be held accountable, should they cross the EU border. Regular meetings of the European decision-makers with the democratic opposition allow to coordinate the action on Belarus, and elaborate need-based response on how to put further pressure on the regime and support the civil society.

However, there are certain limitations on how far the political will of the EU would extend to support a meaningful change in Belarus. Thus, the sanctions imposed so far did not impose substantial pressure on Lukashenka and his cronies. Based on the content of the three packages of sanctions, it seems easier to put on the list those judges or police officers who took part in repressions, yet it is much more complicated to target major businesses, particularly those that have potential ties to the EU counterparts. Similarly, the long-lasting crisis poses a question what the EU long-term response would be, should Lukashenka manage to preserve power. It is crucial that the West does not fall into the trap of new liberalization promise from the Belarusian regime or agree to Lukashenka’s attempts to orchestrate the national dialogue without inclusion of the actual democratic opposition. Similarly, Brussels’ decisions regarding Belarus are made with calculation of potential Russia’s response.

With all the above limitations, the EU still has a role to play for the support of the Belarusian people who pay daily price in their fight for freedom. The current crisis is a decisive moment for the future of the Belarusian democracy – the consolidation of Belarusian society against the regime is on a new qualitative level now compared to previous years. EU should stand in solidarity with Belarusians and focus on the means of political pressure.

Firstly, as the discussion on the new package of sanctions take place, it is important to target the actual businesses related to the regime, even though they might seek backchannel communication in the EU institutions and try to lobby against such lists.

Sanctions alone will not force Lukashenka to step down, yet, adding the costs on support of the elites close to the regime would make them to reconsider the support of the status quo.

Secondly, another important step is insistence on the facilitation of the OSCE mediation. Here the Russia factor comes into play—on one hand, the choice of OSCE could be acceptable for Moscow as Russia is a OSCE member and thus would participate in the process, at the same time Vladimir Putin tends to maintain exclusive dialogue with Lukashenka and capitalize on the crisis on its own terms, without discussions with the West. Yet, it is in the EU power to initiate discussion with Russian leadership on possible solutions to the Belarusian crisis, given that without Moscow’s support the Belarusian regime would not last. Obviously, Russia and the EU have contrasting views on the solutions for Belarus and Moscow hardly agrees to a scenario where the Belarusian democratic protest wins. Nevertheless, there is a potential room for discussion with Moscow on the scenarios that could be acceptable for all parties involved. The EU can amplify the voices of the Belarusian democratic leadership who call on an open dialogue with Russia and claim that Belarusian protest is about a domestic change and does not have geopolitical orientations in mind, thus reassuring that the new leadership in Belarus would not turn away from Russia. Among other arguments,

it is important to communicate to the Kremlin that attempts to sustain Lukashenka or replace him with candidacies among nomenclature or a Moscow-backed figure would not be acceptable in the eyes of the highly mobilized Belarusian society.

At this point, the only acceptable lasting solution for Belarusians would be a candidate who has the actual legitimacy in the eyes of the population.

Lastly, there is a need for support for the Belarusian civil society, including those activists who were forced to leave the country at the risk of prosecution and those who courageously chose to stay in Belarus facing daily risks of repressions. The EU already allocated substantial financial support within the EU4Belarus solidarity program, and it is particularly noteworthy that the EU took in consideration the appeals of the Belarusian democratic forces calling to reallocate the assistance in the way that it is channeled via non-governmental agencies. Looking forward, the implementation of the assistance programs, such as offering mobility to the Belarusian scholars and students at risk, should be coordinated with Belarusian initiatives on the ground and, if possible, avoid channeling money through one organization, in order to maintain diversity among the Belarusian initiatives rather than encouraging a top-down approach that allows one group to consolidate all the resources.

There is no clear solution to the Belarusian crisis. Yet, there are components that contribute to the democratic change: Belarusian society mobilized to the degree where it became clear that the regime has no legitimacy; Belarusian democratic forces speak with united voice and bring attention on the international arena, and the EU has the capacity to keep Belarus in the spotlight and amplify the calls for the dialogue and mediation. 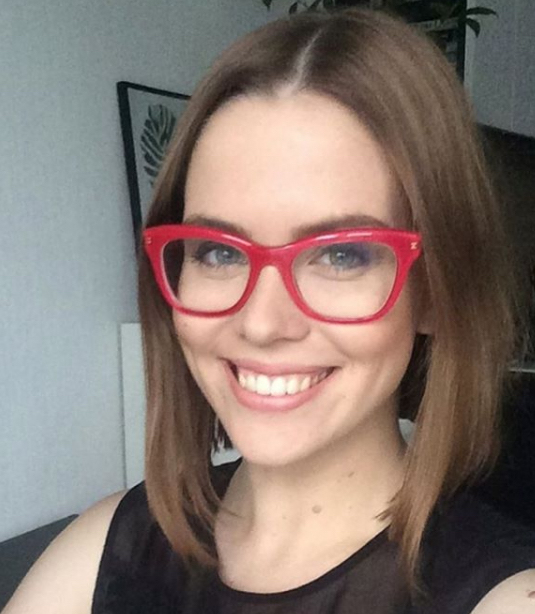